The economic impact of missing or inaccurate timesheets has been estimated at AU$51,855 per employee per year or AU$377 million per day for the professional services sector in Australia.

“This is a big headache. Literally every agency I've worked with has struggled to get people to fill in [manual] timesheets - employees hate doing it, finance people hate chasing staff and CEOs/CFOs hate incorrect data.”

The estimates are based on government figures combined with a recent Tribes.AI survey of over 1,200 managers in the sector - 90.5% of whom agree that billable hours are missing and estimate the loss at an average of 21.5%. This means that globally, close to 1 in every 5 billable hours are not recorded! 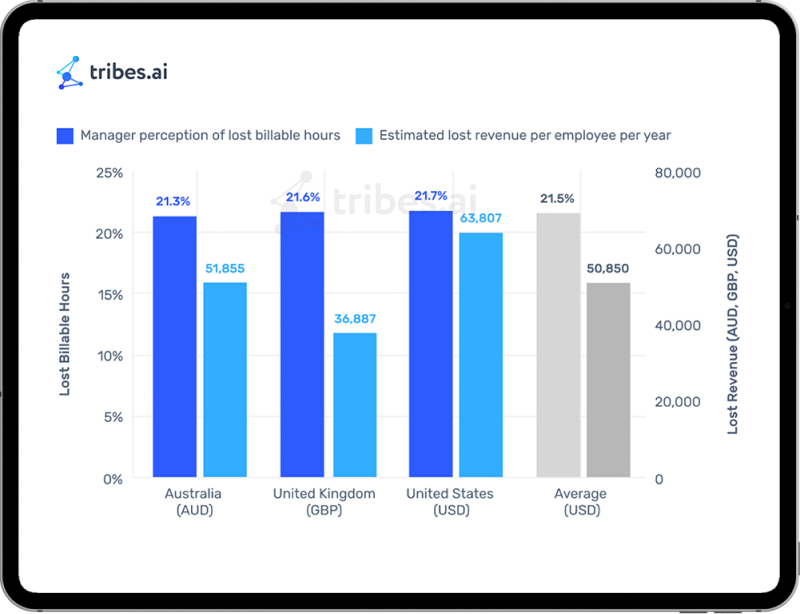 The Tribes.AI research estimates the total economic damage at US$9.1 billion per day across the surveyed countries which breaks down into AU$377 million per day in Australia, US$7.5 billion per day in the US and £1.3 billion per day in the UK. These figures are similar to a US$8.8 billion figure for the US, published in HBR in 2015, however, this new report covers a larger sample of managers across more countries, including a more accurate estimate of average hourly rates as well as a breakdown by major industries.

According to the managers surveyed in the report, the industries that lose the most billable hours in Australia are ranked as follows:

Download the full report for additional data on average hourly rates and billable utilization rates as well as major pain points for managers and business owners all broken down by country and industry.

Tribes.AI develops a next generation activity-based time tracking (ABT) platform that delivers accurate timesheets without human error to find unbilled hours. The tool also makes the critical link between time spent and impact on revenue to generate smarter, more meaningful team productivity metrics such as effective hourly rate by employee, team and client. 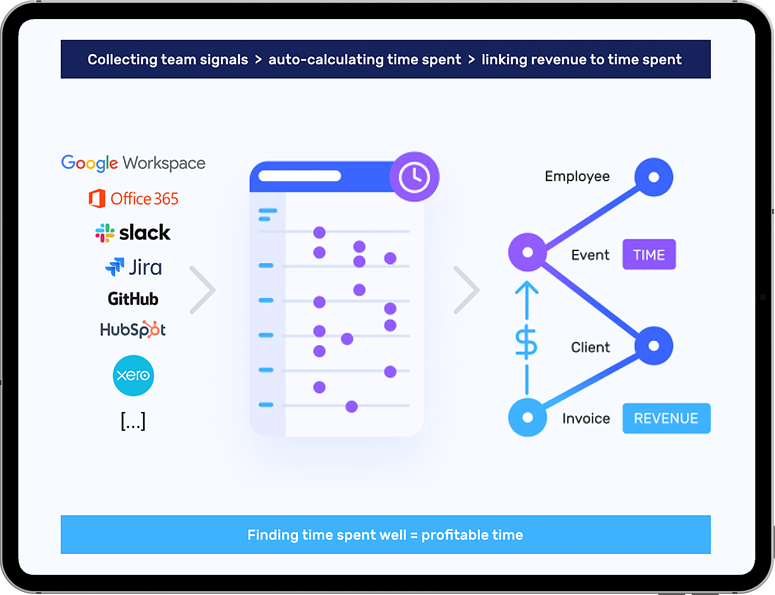 Christian Bartens, Co-Founder of Tribes.AI said: “The idea for Tribes.AI came from starting and running Datalicious, a marketing analytics agency we sold to Equifax. The initial team worked well, but as we grew across the region it became challenging to understand what different parts of the team were working on - and whether their priorities were right. Now that working from home has become business as usual, tools such as Tribes.AI can genuinely help focus and bring remote teams together.”